If you’re planning to configure a new Splinter node and join a Splinter network, this guide explains what you need to know before you start. This guide summarizes how to use Docker containers.

See Security Considerations for information about admin roles and permissions.

A Splinter deployment usually has the following items: 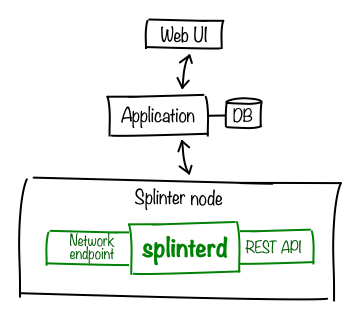 Splinter is a privacy-focused platform for distributed applications that provides a blockchain-inspired networking environment for communication and transactions between organizations.

Splinter provides a networking layer and services for running smart contracts so that applications can build upon this functionality. A Splinter network allows both network-wide shared state and private communication between two or more participants (Splinter nodes), all managed with consensus. Splinter ensures privacy for multi-node conversations, as well as the state shared by these nodes, by using circuits and services.

If your Splinter node is behind a firewall, the node must be accessible from the internet on a well-known URL. Your firewall or ingress solution must be configured to allow inbound and outbound raw TCP traffic to port 8044. Communication over this connection is encrypted with TLS.

Note: Although you can run splinterd behind a firewall without opening up a port, it is not recommended. If splinterd cannot accept incoming connections, it will not receive circuit management requests from new peers; existing peers that have disconnected cannot reestablish their connections to your node. If running behind a firewall without an open port is absolutely necessary, see the Splinter FAQ.

We recommend redirecting web server traffic from port 80 to port 443, which sends all HTTP requests to the TLS port.

The server-side application (application server) is commonly a single application with a REST API, as shown here, but more complex designs are possible.

A local database optionally saves Splinter data (transaction-based changes from Splinter’s state delta export function) as well as any application data that must be persisted across restarts.

Important: Splinter requires shared storage (such as a Docker volume for /var/lib/splinter, which contains circuit definitions and shared state. 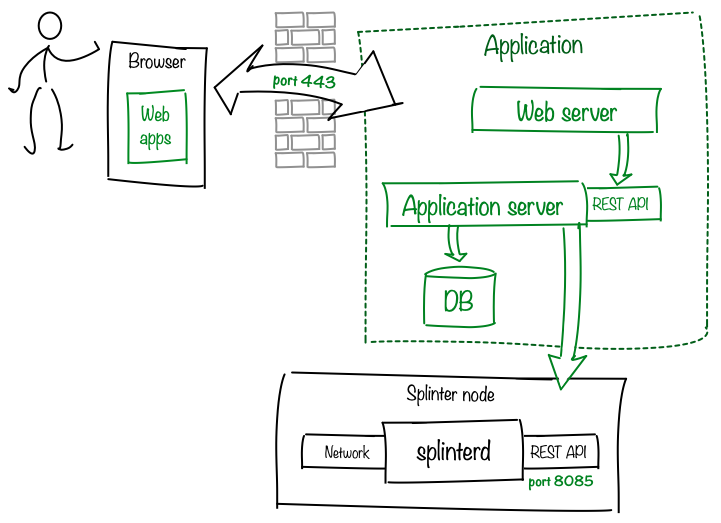 In a basic Docker deployment, each component runs in a separate Docker container. We recommend an additional container for terminal access, where you can use the Splinter command-line interface (CLI) to interact with splinterd. 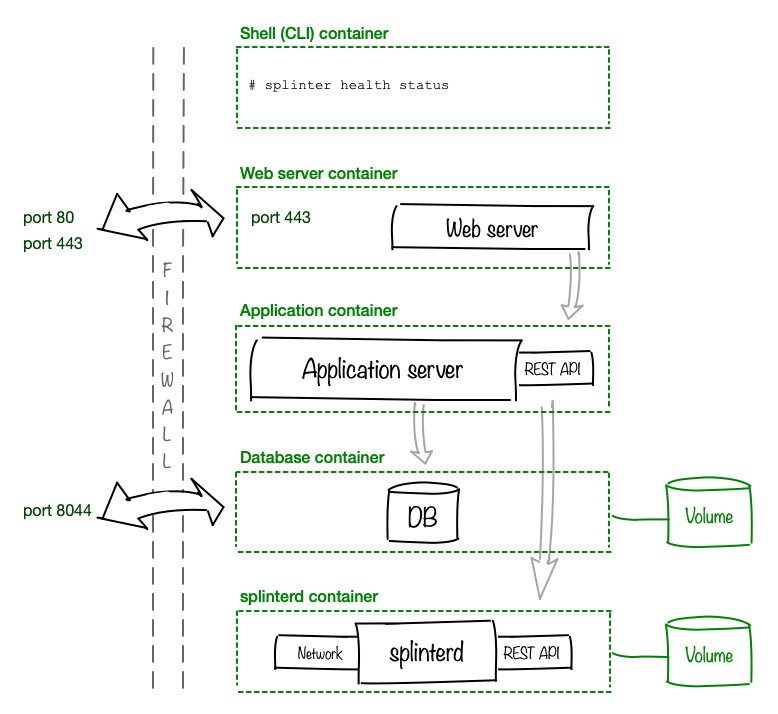 This topic summarizes a basic approach for deploying Splinter, but many other patterns are possible. You can customize a Splinter deployment for your organization, as long as you meet the networking requirements: Your node is accessible from the internet on a well-known URL using port 8044 and server-side application communication is allowed on port 8080.